Home » Tech » Products » What will official Android Q name be ? What sweetness Android 10.0 will bring?

What will official Android Q name be ? What sweetness Android 10.0 will bring?

Google has a history of naming the latest versions of Android on the names of popular desserts. A lot of people like this practice a lot as it gives them a visual manifestation of the latest sweet goods on offer by Google. What would this year’s Android Q name be?

While it may serve to distinguish products on a yearly basis but the most important thing about this naming convention is the obvious branding advantage that it provides to Google on a yearly basis.

As we move forward into another year we have Android Q here. Let’s do a brief recap of all the Android names till now leading up to Android Q.

Pheww, that was a long list. And now let’s take a closer look at all of the potential candidates for this year’s Android Q.

Android Q name: The choices are many!

A variety of desserts employ the use of Quinoa. But because it’s not exactly the name of a dessert we feel the chances for this one to make the shortlist is quite tough.

Quiche: This is one of the frontrunners for this race. The word “quiche” is often used to describe sweet things as much as the word “pie” is used. It’s made of milk, cheese, eggs and with meat, seafood or vegetables all enclosed in a pie like crust.

Quindim: Quindim is a tasty custard which is pretty popular in Brazil. Its constituents are egg yolks, sugar & ground coconuts. It’s one of those things which completely fulfils Google’s criteria of the desserts that they choose.

If Google decides to go for a non-English name this year for Android Q then this name can easily make the cut.

Qottab: It’s an Iranian pastry and contains walnuts or almonds which are wrapped in a deep-fried covering which is made of flour, cardamom and sugar.

It’s not something which exactly fits the mould for Android Q naming but can make the cut if Google goes for something unconventional.

Quesito: These are cute looking pastries. They have sugar coated exteriors and are flaky. These pastry treats are often filled with cheese and taken with breakfast.

They are usually vanilla flavoured and have fruits inside. So it’s very likely that these can make the cut.

Queijadas: They are pretty popular cupcakes originating in Portugal. They come in a wide variety of flavours. But they are not something known outside their country of origin that much.

Hence their chance of getting selected is pretty low.

Qurabiya: They are usually made with ground almonds on the inside and are biscuits which look like shortbreads. They are not that much common on a global scale and the name is quite tough to pronounce for a lot of people. 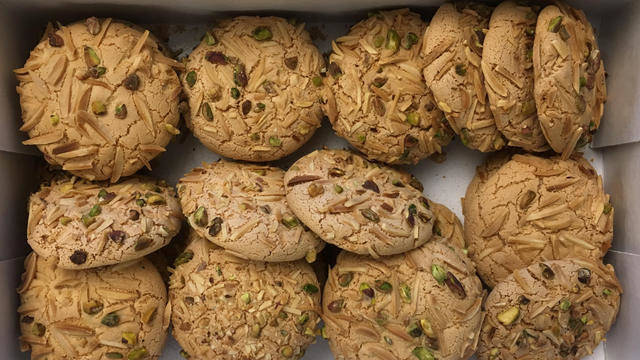