Apple’s Autumn New Product Launch Conference will be held at 10:00 am on September 10th, US Pacific Time (10:30 PM according to Indian time). Apple announced today that it will broadcast the event simultaneously live on YouTube. This is the first time Apple chose to broadcast a live conference on Youtube. This might be because of the smartphone giant finally coming to terms with the fact that YouTube is where the real audience is. 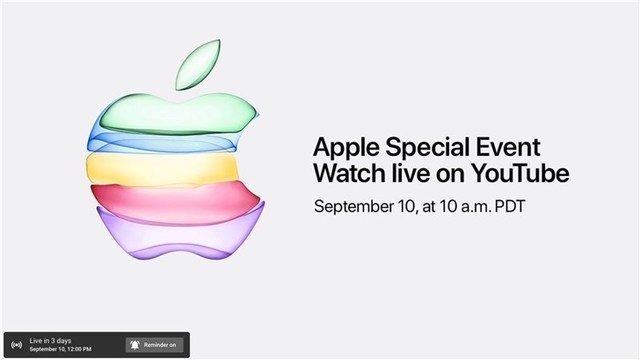 Apple uploaded a live preview video on the YouTube video-sharing site today, and users can set reminders to remind themselves at the beginning of the press conference. Apple usually uploads it to YouTube a few days after the launch but hasn’t used YouTube to broadcast it before. Users can also watch live broadcasts on the Events app on Apple TV and on Apple’s official website.

In addition to all this, we will also post our videos and other coverage about the event and product launches as soon as they happen! You can watch the Apple iPhone 11 event live stream below:

So guys are you really excited about the upcoming Apple product launches? Do let us know your thoughts in the comments section below! Feel free to subscribe to the Inspire2Rise newsletter and our push notifications in order to get more timely tech updates and leaks delivered to you on a daily basis!