In an event held in New Delhi, the ASUS Republic Of Gamer, sub-brand of the technological brand Asus, known for their gaming laptops and tournaments announced ROG Masters 2017 tournament for the Indian gaming community.

The ‘Dota 2 and Counter-Strike: Global Offensive’ tournament, which will be going global this year with over 30 countries in 4 regions will host its South Asian finals in The Lalit, Bengaluru where India, Bangladesh, and Sri Lanka will fight it out to get an entry in the grand finale.

India & South Asia qualifiers and the finals will be hosted at The Lalit, Bengaluru on August 19, 2017. The registrations have already started from yesterday at http://www.rog-masters.com. Hosted for 2 games; Counter Strike: Global Offensive & Dota2, the tournament is divided into 4 continents – (APAC) Asia Pacific, Americas, China & EMEA (Europe, the Middle East, and Africa). India, Bangladesh, and Sri-Lanka form the South-Asia group under APAC. The India qualifier is divided into two segments – Offline India Qualifier (Qualifier #1) & India Open Online(Qualifier #2). The offline qualifier will have a total of 16 cafes which are listed below across 8 cities that will host the tournament from July 08 to July 25. Post this, there will be India Online Open (Qualifier #2) scheduled to commence from 27th July 2017.  The total tournament prize money for both the games is INR 32,000,000. 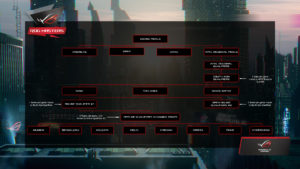 Talking at the event yesterday, Mr. Peter Chang, Regional Head – South Asia & Country Manager – ASUS India said “Our endeavor has always been to provide the latest innovative hardware to the gamers worldwide and last year, we officially entered the world of Esports with the first ever ROG Masters. It witnessed astounding success and this year we go global across 30 countries across five continents. This is an opportunity for all the gamers in India to showcase their prowess. Also to be a part of one of the largest global Esports phenomenon. We are excited to be one of the driving pillars for Esports and Gaming in India.” 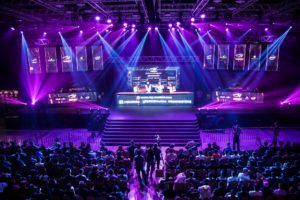 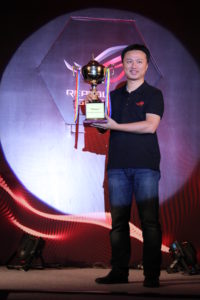 In phase one of India qualifier, Offline tournaments will be held across 8 cities and 16 cafes. There will be a total of 8 teams who will compete against each other to find the top position which will lead to South-Asia finals. 16 cafes will host the offline qualifiers across Mumbai, Pune, Chennai, Bengaluru, Hyderabad, Kolkata, Bhubaneswar and Delhi

In Phase 2, India Online Qualifier#2, three winning teams per game will advance to South Asia Finals. This will be an open qualifier. In this, all the teams except the winners of Phase 1 will be eligible to participate

In the third phase, 4 teams from India, 1 team from Bangladesh, 1 from Sri-Lanka, per game will fight it out at the South Asia Finals at The Lalit, Bengaluru. One winner will advance to the APAC regional qualifiers. The finale of the tournament will be held in Bangkok in October 2017. One winning team from each of the region will then proceed to the grand finale in Singapore in November 2017

So what are you waiting for people? It’s the time to show your gaming prowess and making the country proud while earning some good money. Get ready and prepare a team with your buddies and take the world by the storm.

If you’ve any doubts or news to add, please comment below to get an instant reply.