Candy crush sequel “Candy crush soda saga” is out now! Candy Crush Saga is the game of choice for most smartphone users. Such is the craze of this game, that you can find people playing this game whether they are in a bus, subway, or on the street. It has been consistently the top downloaded game on the Google Play store as well as the iOS App store. The game has been consistently dominating the charts since the past two years. Candy Crush Soda Saga, the new addition to the Candy Crush Universe has now been officially launched. The app was launched on Tuesday for the iOS – App Store and Android – Google Play Store platforms.

The game features the same basic game play mechanics as it’s popular cousin. The added features are some challenges and increment in existing mechanics. For example: You can now fill the board with purple soda as part of a challenge. You may also need to rescue teddy bears who are stuck in honey, all while operating under a certain time/ number of moves constraint. The basic mechanics of matching colored candies is intact as the previous game as it’s what makes the game so addictive.

See more: How to download songs from Soundcloud in Android phones

Candy crush Saga has been consistently the most revenue generating game on the App store since past two years and in the past quarter alone the app has raised over $264 million for it’s makers King.

The setup of the game is in the same fictional universe of Candy Kingdom like the original game. The story is also said to be in line with the original offering.

Let’s see how the gaming enthusiasts lap it up. Want to share something regarding the Candy crush soda saga, then don’t hesitate to share your views! 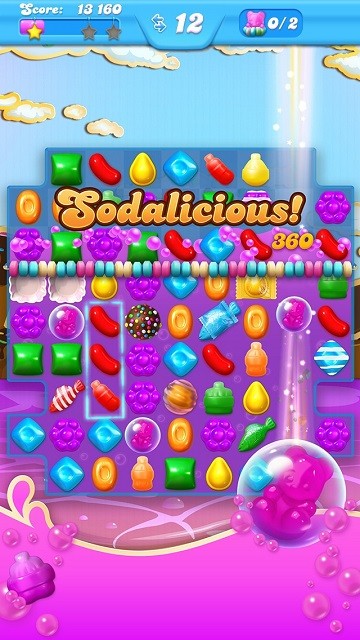