Corning Incorporated, on Thursday announced their Gorilla Glass 4, the latest in the series of their durable and thin Gorilla Glass which is used for screens in smartphones and tablets worldwide. Here is the link to the official news. The GG4 which is claimed to be 2 times stronger than its predecessor is more tougher at 0.4 mm than Gorilla Glass 3 was at 0.7 mm. The Glass performed well in its tests which were performed like granite, having a success rate of 80% from a height of 1M on a hardened surface for real life like accidents, which is a lot better than all its competitors. 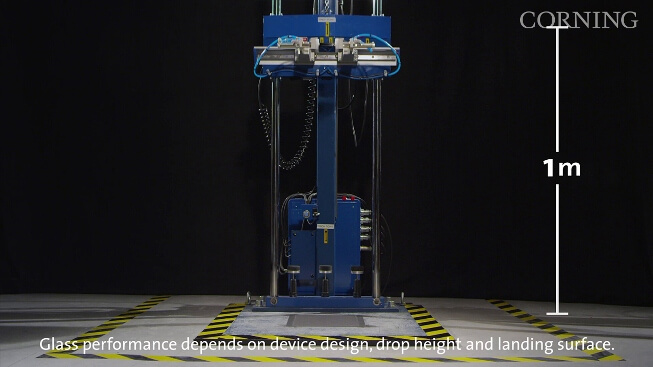 “With Gorilla Glass 4, we have focused on significantly improving protection against sharp contact damage, which is the primary reason that mobile devices break.Dropping and breaking a phone is a common problem, and one that our customers have asked us to help address.”

The Company also said that they will be shipping the product by the next quarter. Which will be the first device with GG4 is however, still a mystery. Considering the popularity of the Corning Gorilla Glasses through generations which have had over 40 manufactures designing over 1500 separate products and over 3 billion devices in total since 2007,  the secret wont stay for a long time.

There were also rumours just a week ago about Apple showing interest in Sapphire’s unbreakable glass which would have hurt the Corning Incorporated very much.

Well we just hope for better and more protective screens for our smartphones no matter who makes them. Check out the official test video below.

Keep visiting for more awesome tech news and articles and remember we cover, “Everything under the Sun!”