CyberPunk 2077 is one of the most awaited games of recent years. This particular game has had players waiting since so long that there was a huge running joke that this game would finally land in 2077! Today morning, Microsoft announced a lot of content at the pre-E3 exhibition. Cyberpunk 2077 release date would be April 16, 2020, this was also amongst the announcements made there!

At the pre-show conference of the E3 Game Show, CD Projekt RED released a new trailer for the cyberpunk 2077 game. Famous actor Keanu Reeves of the John Wick and Matrix Fame will appear in the game. According to official information on the website, Cyber ??Punk 2077 will be listed on the five platforms of PS4, Xbox and PC (GOG, STEAM and EPIC).

It is known that Cyber ??Punk 2077 is an open world game. The action-adventure story takes place in a futuristic dystopian city. This is a colourful metropolis, and seeking power and physical transformation are the main themes. You play an ambitious mercenary: V, looking for a unique implant. As long as you get it, you can grasp the key to getting eternal life. You can customize the character’s style, skills and gameplay to explore all-encompassing cities. The choices you make will also have an impact on the story and the world around you.

The game doesn’t come with any micro-transactions or loot boxes as stated by the developers which further adds to the appeal for this game! 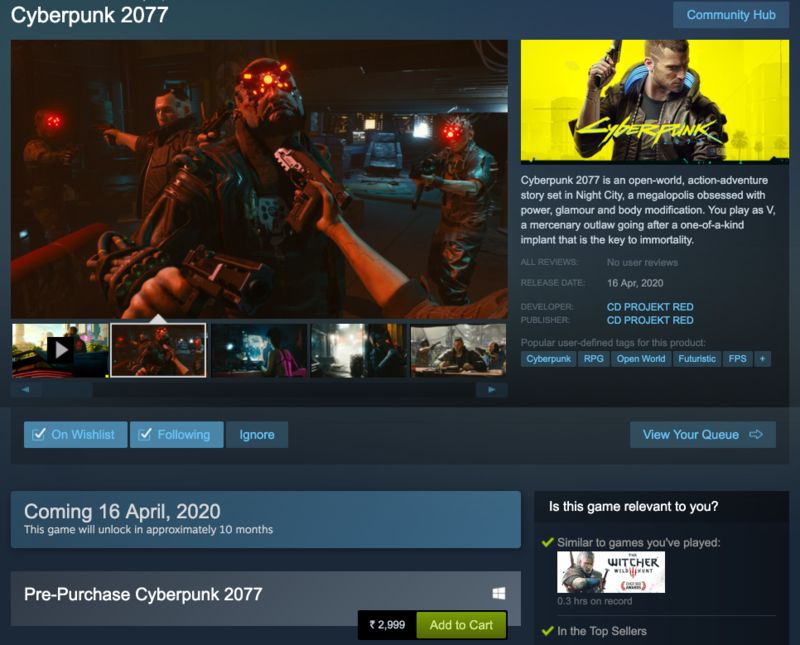 The game is now available for pre-purchase for $298 i.e. 2999 INR for Indian gamers. The game unlocks in the next 10 months!

We are definitely going to purchase this game beforehand! Will you do the same fellow gamers? Do let us know about your choice in the comments section below!