There have been multiple reports recently on a lot of reputed tech publications regarding a new Honor device. The device name is supposed to be Honor 8s. This leaked Honor device will be launched in the overseas market. It would be a budget, entry-level device.

The leaked information shows that the Honor 8s would come equipped with a 5.71-inch, HD+ resolution 1520*720P screen with a water drop style notch.

On the inside, the smartphone is equipped with a MediaTek A22 processor. It will come equipped with 3 GB of RAM and 64 GB of internal storage. The device would support Micro SD expansion. 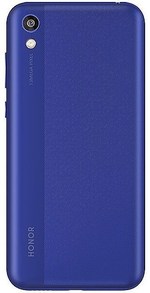 In other aspects, Honor 8S would sport a 13-megapixel single camera at the back. It will support 1080P video recording. The device would have a 5-megapixel camera at the front. It would run the EMUI 9.0 system based on Android 9 Pie.

Talking about the battery life, the device would have a built-in 3020mAh battery. It will use the Micro USB interface for charging. If we consider the build and design it’s expected to come with a plastic body.

At present, the Honor 8S has not yet launched. Leaks from a lot of sources claim that this device would be launched in the European market by the end of this year!

So guys what do you think? Is the Honor 8s coming to India soon? And if it does it would most probably be a sub 10K INR smartphone. But how cheap would it be? Do let us know your views in the comments section below!