Music is something that has become an integral part of the lives of the 21st century human being. Not a day passes by when I don’t hear a track or some full playlist of mine. It has intertwined so strongly in our lives that sometimes life feels meaningless without music. Even right now I am listening to “Ain’t no Sunshine” by Bill Withers while writing this post. Some of our readers are keen musicians. So, I thought let’s dedicate a special post to the art of learning guitar. The guitar which is a six stringed instrument has become one of the most prominent symbols of music and it’s one instrument that is recognized and used in music all over the world. Whether it’s the rich tone of acoustic guitars in Ed Sheeran’s songs or the ear bursting guitar in Avenged Sevenfold tracks or the classic blues tone of Led Zepplin’s Jimmy page, all modern music heavily uses the guitar. This makes the guitar a very desirable as well as popular instrument, and almost everyone wants to learn and master guitar once in their lives. So here we are with the ultimate guide which will teach you how to learn songs on guitar quickly with minimal effort only here at Inspire2rise.com

How to learn songs on guitar quickly : Basic requirements.

You need to know some basic chords and have a sense of rhythms and strumming patterns before you can use this technique. We would recommend knowing at least the following chords before starting out.

Other useful and frequently used chords :

NOTE : The above chords are more than enough to play almost any of the song that you encounter. Only some too powerful and complex songs would require you to learn suspended chords ( like dsus2 ) or chords like fmja7 i.e. variations of popular major chords. The pictures show an open circle above some strings, they denote that the strings have to be picked. For those strings with cross above them, the sign denotes that they should not be picked. A full arc/ curve shows that you have to place a bar with your index finger on that string. Don’t worry if the strings are buzzing at first while playing these chords, or especially the barre chords. As you practice them again and again then your fingers will develop strength and it would become much easier for you to play them. One notable thing is that the above are chords in formats that I find the most easy to play i.e. you will find other variants too online, but I personally find these ones the easiest and best to play. Once you are done with the above steps and have also develop a sense of rhythm and strumming then go on the next section.

How to learn songs on guitar quickly : The useful part.

Once while trying to find the chords of a particular song I stumbled upon a website. The website’s name is Chordify, you can put any URL of a song on YouTube, SoundCloud or Deezer, and the service would automatically post the chords for you. The best part is that once you play the song, the chords move along with the song and thus you can play along with the song and you would know where you are offbeat and where you played good. 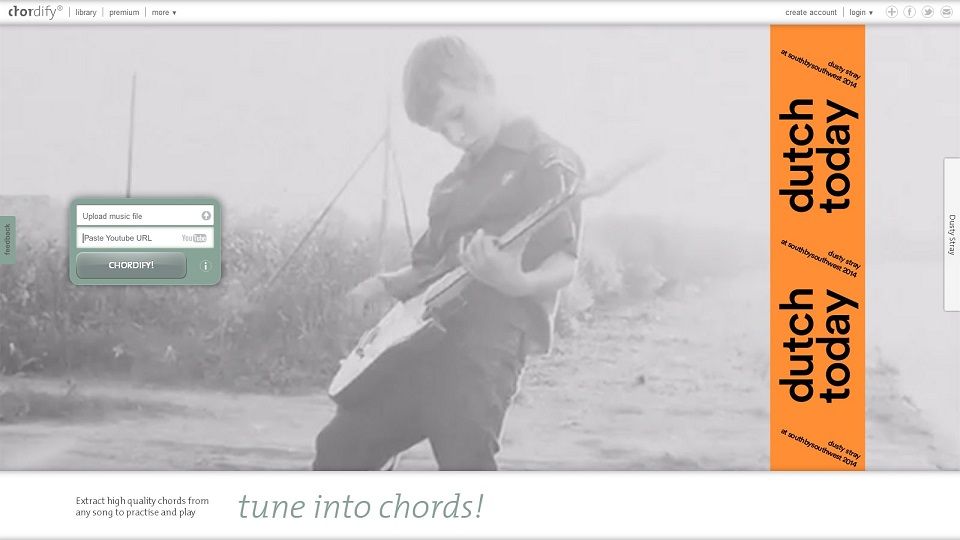 The premium version of the Chordify Service offers much more in terms of flexibility and ease of use.

PRO TIP : Always use lyric videos of the songs you want to learn, this way you can learn how to sing them along with playing them. This is especially helpful when you are learning new songs like I do daily.

You can even download the chords as an excel sheet for later reference. There are chord diagrams for the ones who are too lazy to even remember the shapes. You even have the option to transpose or change the speed of chords/songs.

For those who are looking to learn tabs for full songs, they still need to search for them manually. But this is still a major improvement over previous methods of learning chords of new songs. So, did you like the ultimate guide to how to learn songs on guitar quickly? If yes, then do comment below. If no then also comment below and we will try to include what you think we have missed.

Better subscribe, and keep visiting for more such awesome posts!