If you are an Indian citizen then you must identify with these words. After all so much time of your day is spent listening to these very words and then nodding off your head and following what is considered normal.

Such is the prevalent attitude in our society. We all are accustomed to what is happening, change is the inevitable law of nature yet it is change that we fear and try to escape. We seek routine, and often in this quest for routine and easy life we don’t fix the things we are meant to. Just because something requires us to break out of our shell and move on, we leave it and instead go about in our life. 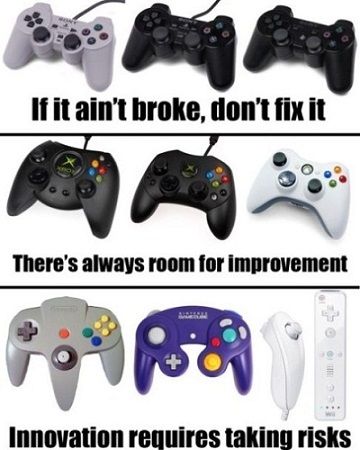 I can give my own example. I had to submit an Android app for a project a week or so ago. But because of the very fact that there was no clear deadline hanging on my head I had skipped it. The thing that is scary is that I am still skipping it. (Need a brick on head to start working.)
But the second I realized that running away won’t make it easier then I started working on it again, and now it’s better.

But the question that we need to ask ourselves is that why aren’t we taking control of what we can change. You, me everybody is capable of bringing about enormous amount of change. There’s only secret, focusing all of the energy on one thing at a time!

Though it ain’t broke now but that doesn’t mean you should just go along with it. You can definitely accept giving away a small bribe to get along with some thing, you can do everything to make your seemingly small existence seem easy. But the truth is that until you fix these small daily mundane things by yourself, you won’t be content. 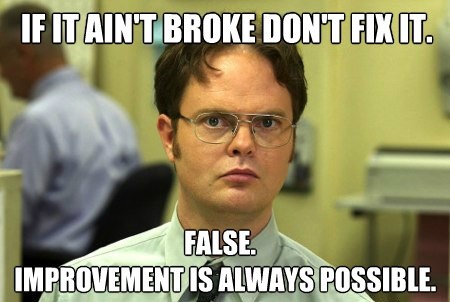 If you have a “If it ain’t broke, don’t fix it” attitude then you would always be down with that feeling that you didn’t do what was right. Someday when you look at back at your life, you don’t want to be the person who is full of remorse and second thoughts.

CHANGE WHAT YOU CAN, TODAY!

After all what better way is there to live?

Than the inspired way!

You wanna see a miracle son?

Stay inspired to rise fellas, till next time.
Check out some of our previous blockbuster posts :

If you liked this awesome motivational post then do subscribe and keep coming for more such awesome posts!