Recently, some tech media have leaked a group of 10th-generation Intel Core i9-10900 10-core processor and LGA1200 motherboard pictures. 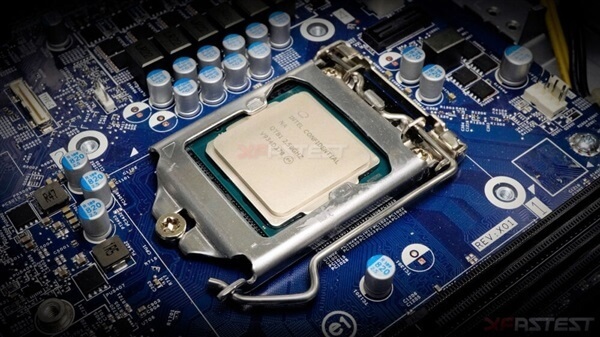 Several online sources informed that according to the Comet Lake-S architecture diagram published earlier on the Internet, Comet Lake-S has the functions of many previous-generation processors, which is basically an extended version of Coffee Lake. The parameters of the Core i9 10900K are much better than Core i9 10900. The basic frequency of the former is 3.7 GHz, and the single-core turbo frequency can reach 5.1GHz.

We know that this Comet Lake S CPU has a maximum of 10 cores, which is more than the 8 cores of the previous i9-9900KS. It also supports the new generation of WiFi 6 wireless technology. In a multi-threaded scenario, Comet Lake-S manufactured with a 14nm ++ process can run 18% faster than the previous version.

All of these improvements point towards a much better processor. But the sad thing about this new generation is the fact that it’s still stuck on the 14nm process. Intel seriously needs to improve on that front as well as rival AMD has crushed Intel’s back with their consistent 7nm products!

So, guys, do you think that Intel can seriously up the game this time around? Let us know what you think about the same in the comments section below! Do subscribe to Inspire2Rise push notifications and our newsletter updates for more leaks and news!