LG has been silent for some time now. They have launched a lot of smartphones in the recent past. But none of them gained any critical traction. There are few things about LG flagship devices in particular which make them stand out from the competition. The inclusion of a HI-FI DAC, focus on wide angle cameras and pro mode in cameras is something that only LG has focused on heavily in the recent past. But despite their attempts at gaining a strong foothold in the market they have been constantly one-upped by the competition. Recently LG had announced the LG V50 ThinQ 5G device just a day before MWC 2019. 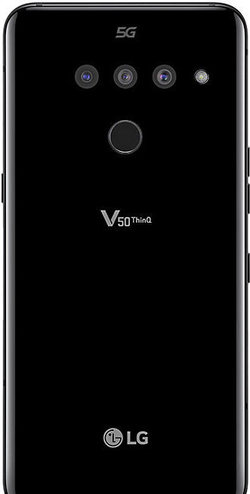 It was supposed to release on April 19 but LG delayed the official launch for this device. This was done because of optimization issues faced by LG related to the 5G modem on the device and also because of the processor. But now from recent reports, it seems like LG has fixed all of these as the phone is expected to hit the market in South Korea on the 10th of May.

LG will release the device in South Korea with the three main domestic network carriers according to various sources. There have been numerous reports about the Samsung Galaxy S10 5G facing connectivity issues and what not in the country. Many users are struggling with poor connectivity and constant switching between 4G & 5G.

The rollout of current 5G devices has been very sporadic. It’s a good choice that LG is taking all the time they need in order to get this device right. The LG V50 ThinQ 5G would come with a secondary screen case. It would make the phone much more in line with a folding phone design.

The official price for the LG V50 Thinq 5G would start from $1030 for 6GB/128 GB storage variant and increase further from there.

More details and detailed videos would come soon on our YouTube channels Inspire2Rise and Inspire2Hindi as soon as we get our hands on this phone!

So what do you think? Are you excited about LG’s new 5G offering? Do let us know in the comments section below!