Microsoft has long been under fire for not being able to keep up with the latest updates in the Internet browser industry. In the past few years, Google Chrome has taken an unprecedented lead in terms of Desktop browser share. Chrome is ubiquitous across devices and platforms. A lot of people have never ever used any browser except Chrome. Many times jokes have been made on the fact that people used Internet Explorer after a fresh install of Windows just to install the Google Chrome browser. After trying almost everything with different browsers. With their latest browser too i.e. Microsoft Edge they failed. A lot of users failed to understand the merits of edge and still gravitated towards Chrome and the way of rendering webpages as it does.

Now Microsoft has finally given in to the demands of the web industry. As there have been leaks about the latest builds of Microsoft Edge being built on the Chromium-based engine. Now there are more leaks around which showcase that Microsoft plans to bring this browser to every platform imaginable. 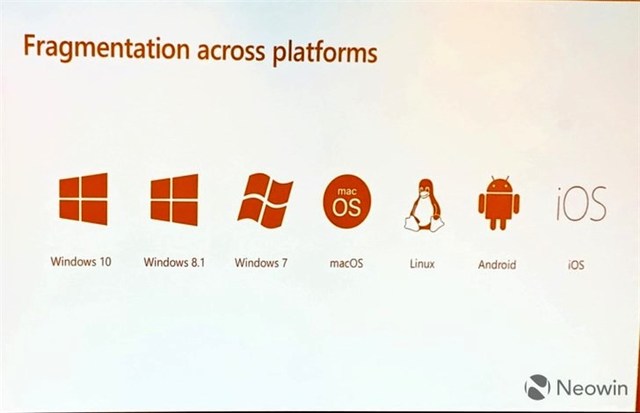 In December last year, Microsoft announced its plans to move to the Chromium engine in order to rebuild the Edge browser. The new version of the Edge browser would be available on Mac OS platform, Linux, Windows 7, 8.1 and Windows 10 based systems.

Microsoft is also keen to bring the new Edge browser to Android and iOS in order to complete its unique Edge experience across all the devices. Often only Windows and OSX are the top choices for developers but now Microsoft wants an all exclusive approach in order to reap in more people.

Most developers use Mac OSX and Linux based systems. Hence it makes perfect sense as to why Microsoft would focus on such systems.

But right now there’s no official word on this. So take all of these leaks with a huge pinch of salt. The Chromium engine already supports Linux so it won’t be difficult for the Edge browser to have Linux support baked in.

So guys what do you think? Would you give the latest version of Edge browser a try once it comes out? Do let us know in the comments section below!