Microsoft has started releasing updates a little too frequently thanks to the Android and the iOS capturing the OS market. The Windows mobile 5 and the 6 failed miserably in the market because of the complicated User interface, limited number of apps and how can we forget the extremely sluggish OS. Windows Phone 7 was completely new with no resemblance to the older versions. Windows 7 had few limitations which crippled it big times. Then came the Windows 8 with an app store that was crowded with applications you would normally see on Android or the iOS. Microsoft made sure that the updates rolled periodically and all of the Windows phones were entitled for timely updates. Windows users have some more reasons to rejoice the most tempting one being the Windows 8.1 rollout. Let’s take a stroll with the all new Windows 8.1 and check out if it has the muscles to take over the iOS and Android. So here’s Microsoft Windows phone 8.1 review and features guide for you.

Cortana Assistant- Cortana has been the most touted and awaited feature of the 8.1. Microsoft has taken a leap by designing the Cortana as a personal assistant and not a voice assistant thus relying less on the command based functions and banking upon the human based operations. Microsoft reportedly had employed a bunch of real life assistants and chiseled out the cortana accordingly. It has been integrated with all the apps and it also stores all your preferences and likings into a notebook which can be edited by the user. The best part is it proactively also remembers your relations with the people you are in touch with constantly. For example if you say- Please remind my wife to pick up the laundry while returning from work. Cortana will set a reminder saying – Please remind Martha(Wife’s name) to pick up the laundry after work. Wondering what would happen if you are in a noisy place and the Cortana won’t pick up your commands? Go easy Microsoft seems to have solved this by letting users enter text instead of voice command and surprisingly the command is not read out loudly knowing that you are in a noisy environment or a place where silence is deemed important. Cortana has a Human touch and is more approachable than let’s say SiRi or Google now. Cortana is a highly respectable woman who knows her manners very well and is in ways better than a human personal assistant. 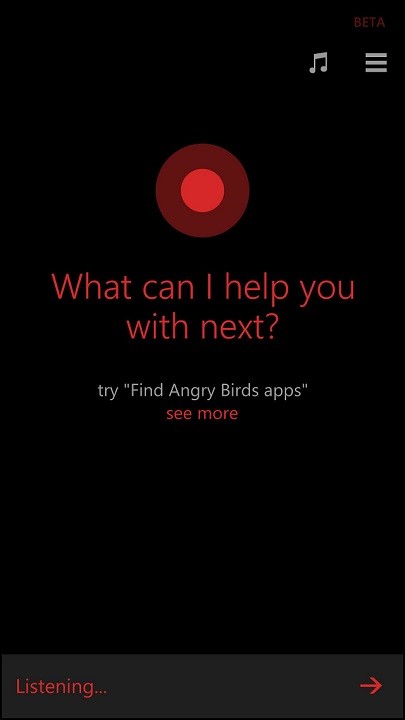 Personalization- Microsoft first attempt in adding a higher degree of personalization was the live tiles. In the 8 we were just allowed to change the color of the tiles, layout and the size. In windows 8.1 you can setup personalized images as background and it automatically blends with the live tile interface of the phone. Calendar has an improvised layout and now strikes heavy resemblance to the Outlook task manager in the PC counterparts with all the tasks visible on a single page. Windows 8 users were shouting out for the need of a Swipe like keyboard and voila Microsoft has heard you and designed something similar to the Swipe along with personalized touches and yes it comes for free with the Windows 8.1.

Action Centre-We all loathed the Windows phone for one thing or the other features that we were denied by the Microsoft. The toast notifications were never practical and disappeared like a freaking wizard before you could actually get a hold on the notification. If your eyeballs were not fixed on the phone you may as well miss the notification only to be never found again. Action center has clubbed in all the notifications at a single junction much like the Androids notification centre. The brilliant part is that this notification can also be accessed in lock screen.

Battery Saver and Data Sense- These features have been carried forward from the previous versions and has incorporated some witty tweaks to manage your battery and automatically decide when the phone is supposed to be put into a battery saver mode. The WiFi sense automatically detects free wireless networks in the vicinity and automatically switches so as to save you from the data costs your carrier would levy.

Camera App- This is a feature that is considered important in a Windows because the world’s most powerful camera phone dotes the Windows OS. The default camera app has been blessed with features like burst shot and integration with third party apps like the Instagram and vine. The HDR mode is enabled for all the devices which rendering surely more degrees of enhancement.

In a Nutshell- Microsoft has been trying hard to push the Windows phone into the market with features that might directly lock horns with the iOS. We believe that the Windows 8 as a smartphone operating system has already surpassed Android in terms of finesse, speed, memory management and not to forget the security that can match Fort Knox! Windows 8.1 will take a dig at the iOS and in cahoots with the Nokia hardware could even manage to take a bite of the high end Android share. Windows has started to let budget phone manufacturers to strap on Windows 8 on their devices which a triumphant move is considering the market dynamics.

Keep coming back on Inspire2rise.com!

Better subscribe and keep visiting for more such awesome posts!

See more : Ultimate guide to typography for websites and blogs

More How to’s and guides on Inspire2rise :