Microsoft’s Word and Powerpoint are two major applications used in the modern workplace on a daily basis. These two applications are used by professionals all across the world and are indispensable for a lot of workflows in the modern day scenario.

It is well known that Word has many functions, such as spell checking. Now Microsoft has upgraded this feature even further to provide rewrite suggestions for sentences. 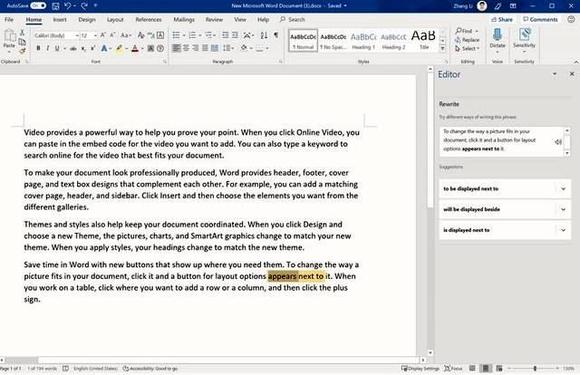 And this comes from the new Windows Office desktop version (version 1906-11629.20196), This new version of the  Windows Insider comes with several new features, and the most compelling feature in Word now is the rewrite feature.

To get a rewrite suggestion for a sentence, right-click on a word and select “Rewrite” and Word will automatically arrange the grammatically correct words to rewrite the sentence. But I still don’t know if it works for languages ??other than English.

As software for used by tons of professionals worldwide, the new feature of Microsoft Word is very useful. In fact, if you really start using it on an advanced level, you will find that there are many useful functions in Word. And it’s much more than just a random text processor.

So guys are you excited about the new rewrite feature for Microsoft Word? Do let us know your thoughts in the comments section below! And don’t forget to subscribe to Inspire2Rise for more awesome tech content delivered to your inbox daily!