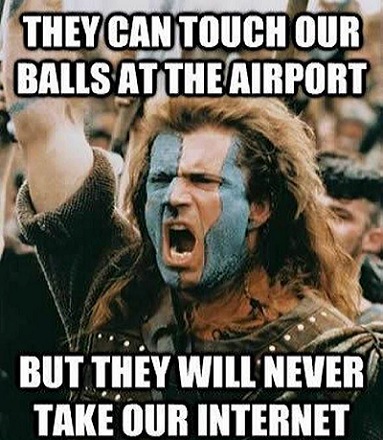 Imagine you went outside to buy 1 kg chicken to make butter chicken at your place. You buy the chicken, check its quality and juiciness and how healthy the chicken is. Then you come home and start putting all ingredients together to start cooking. But then you have change of mind and think that no, let’s make chilli chicken, easy and quick to make. And you are not even aware that the chicken wala bhaiya is keeping an eye on you.  And then suddenly he drops by and asks you extra money. Simple because you are now making chilly chicken instead of butter chicken. You think that’s weird and really stupid, you are right! And hence the concept of net neutrality comes in!

So the whole movement on Net Neutrality started when TRAI (Telecom Regulatory Authority of India) invited opinions from various telecom industry bodies and stakeholders on the concept of net neutrality. In a published paper TRAI noted that though net neutrality exists, it won’t be a surprising scenario in future when companies like Airtel would start charging consumers extra for using apps like YouTube, Instagram, and Facebook etc. along with the basic payment for the data pack bought.

Once the Paper was published, many companies started putting their applications to regulate the application usage on the data packs that the consumers buy. For example, Gopal Vittal, CEO of Airtel’s India operations, said that companies offering free messaging apps like Skype, Line and WhatsApp should be regulated similar to telecom operators.  In November 2014, TRAI began investigating if Airtel was implementing preferential access by offering special internet packs which allowed WhatsApp and Facebook data at rates which were lower than its standard data rates.

TRAI Chairman, Mr. Rahul Khullar said, that what Airtel was trying to do was against Internet Neutrality, but they cannot say it was illegal, reason being that they are no laws in India governing Internet Neutrality. Telecom honchos like Airtel and Vodafone and make and break different types of data packs and products to make sure that they keep us charging extra money for app services etc.

In 2015, Facebook launched Internet.org, through reliance communications which proved to be blow below belt for Airtel. It’s an app that aims to provide access to 38 websites through an app.

A strong criticism for this was received from Airtel CEO, Bharti Mittal, saying that

“If you are going to make the data free, then let’s do completely philanthropic projects. Government must make spectrum free, there should be free network, but it is not happening.”

Internet Neutrality: The low down, if’s and but’s!

Internet neutrality is something that people might ignore right now as they always think that “what is it to us?” But trust me, I can list down 3 major things that would happen if net neutrality won’t be there:

Keep visiting for more news, blogging tips, how to guides, lifestyle tips, gadget reviews and remember we cover, “Everything under the Sun!”

Shreya vaid is a Bibliophile, food lover and a wild child! Currently working as an HR professional and trying to make a name in this big world!