Data is ever increasing. Whether it’s your personal work documents, music collection, work related videos or as in our case footage to edit. All of this just keeps on increasing as time passes by. There was a time when 1 Terabyte was a huge deal for me, and now I have over 2 Terabytes of data that I actually own and employ to work on a regular basis. Most of it is footage for our videos but still the very fact that our data needs keep on growing day by day is something that needs to be addressed. We need larger capacity, smaller form factor and cheaper devices to store our rapidly increasing data. Sandisk has recently launched it’s new products which aim to solve this very need of people. They also did a full consumer survey on how normal consumers use their mobile phones and storage devices. The detailed findings from that study can be found at the end of this post.

The two products launched by Sandisk to address the issue of mobile storage were:

1.) SanDisk Ultra Dual Drive m 3.0, which is a stylish flash drive designed for Android users who prefer OTG drive based solutions in order to keep their smartphone or tablet’s inbuilt storage free.

2.) SanDisk Ultra MicroSDXC UHS-I card (256 GB): This one is one of the first high capacity cards which has been optimized for normal consumers and their devices. 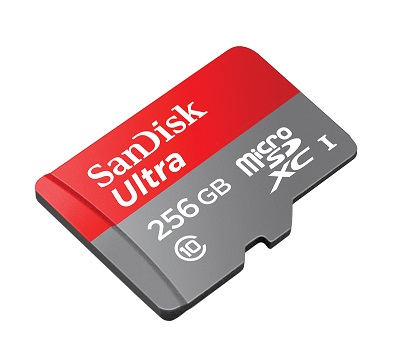 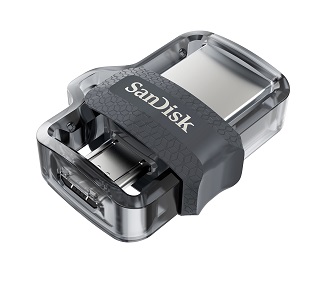 As you could see in the above pictures, the products are quite well thought out and do have compact form factors.

Here are some key findings from the consumer survey done by these guys: