In the past few years, Moore’s Law has stopped being true all the time. The semiconductor industry isn’t rapidly advancing as fast as we might like. The growth has halted in the semiconductor process. Several companies have faced a lot of issues with the rapidly shrinking processes. Intel has finally entered the 10nm process era and will transfer to 7nm in the following year. TSMC and Samsung have completed the layout of the 7nm process and have rushed to 5nm and 3nm. AMD has successfully launched it’s 7nm Ryzen 3rd gen process this year but they too rely on TSMC for their designs etc. TSMC 2nm process might be on the horizon now!

Now, TSMC has officially announced that it will officially launch the research and development of the 2nm process. The factory is located in the Southern Science and Technology Park in Hsinchu, Taiwan. It is expected that TSMC 2nm process will be put into production in 2024. If we consider the fact that TSMC has already made significant inroads with the 7nm+ process which will show up later this year then too the 2024 timeline seems quite ambitious.

TSMC did not disclose the technology and materials required for the 2nm process. Looking at the schematic diagram of the transistor structure and the current there seems to be no significant change. It is a miracle to continue to squeeze the silicon semiconductor process to such a degree. After this, the next logical progression in the silicon process will be 1nm. 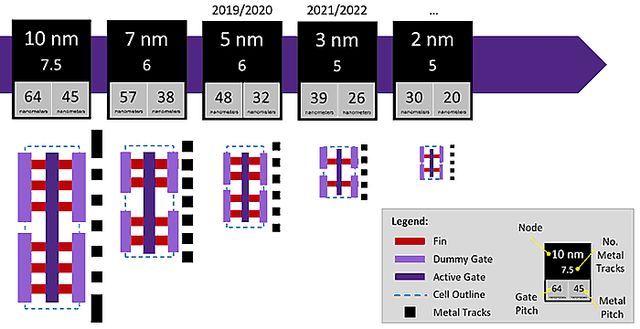 Of course, before that, TSMC will continue to experiment with multiple process nodes such as 7nm+, 6nm, 5nm, and 3nm. 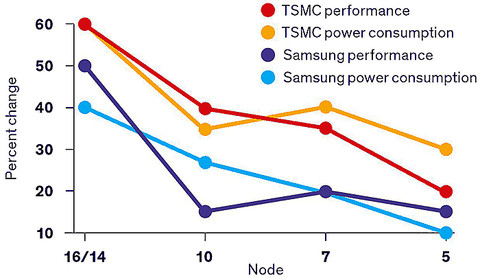 Samsung has already planned the 3nm process, and it is expected to enter mass production in 2021. But as is visible from the above chart there has been quite a lot of performance vs power consumption changes in both the companies’ processes. Now, who would do a better job, in the long run, is still to be seen but TSMC has definitely been leading on the performance front!

So, guys, this was it for this tech update! Are you excited about the TSMC 2nm process? Do let us know your thoughts in the comments section below!