Vivo has been hard at work in the previous months. They have launched a phone after phone after phone! With the recent launch of their Vivo V15 series and the Vivo Y17 budget smartphone in India, they have actually covered a lot of ground. What’s left now is for them to come up with more mid-range and budget smartphones. Now recent leaks suggest that Vivo might be working on a new Z-series smartphone. They launched the Z3X last month. It’s expected that they are going to launch the Vivo Z5X soon. From current Vivo Z5X leaks it seems that it’s the one seen below! 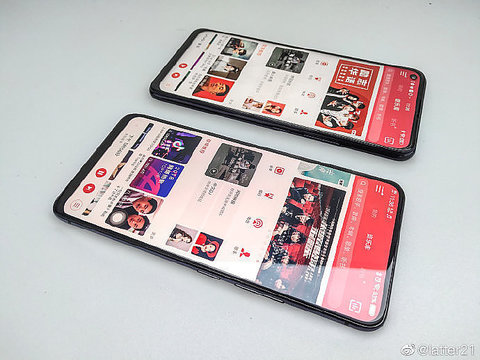 There’s very little concrete info about what’s really going to be inside this device at this point of time! What we know for now is that Vivo is going to price it really competitively. They haven’t been really famous for cut-throat pricing and Vivo might be looking to change that! Vivo might be working on changing its non-budget friendly image with the Z series.

The Vivo Z3X was priced at $173 which is around INR 12,200! The Z3X had a Qualcomm Snapdragon 660 on the inside and it’s rumoured that the Z5X would be more powerful. It might come with a Snapdragon 675 or 670 chipset. But there’s no concrete info regarding the chipset as of yet. So it would be useless to entertain any speculation.

The Z5X is expected to run the latest version of FunTouch OS based on Android 9 Pie.

So guys what do you think? Would the Vivo Z5X be launched in India? And if that does happen would it be a worthy smartphone at competitive pricing? Do let us know in the comments section below!