Recently Nokia released or rather re-released its much popular and much successful Nokia 3310 in a new variant all over the world, and I’m sorry to say this but I’m not pleased with it, not even a bit. I’ve my reasons for it, and if you’re one of those people who buy a phone for actually using it, then you’d definitely agree with my reasons for why I won’t buy the new Nokia 3310.

Let’s come to the specifications first. The new Nokia 3310 is a basic GSM phone which means it doesn’t support 3G or 4G, so you can say goodbye to your Jio sim. The screen is 2.4 inch TFT, 320×240 pixel, so no HD videos too. You get only 16 MB of internal memory, which is basically enough to save your contacts and SMS, and you really have to save them, because no Google account sync here. You can expand it to 32 GB through an SD Card. There’s also a 2 Megapixel rear shooter, although no front cam. On plus side, your battery will last almost a month on standby, but to be honest, you won’t be using your phone much either.The new 3310 comes with a colored screen, unlike its predecessor, there’s also FM radio and micro-USB for charging.  Also, everyone’s favorite Snake is back too. But the best feature of New Nokia 3310 is clearly its nostalgia value.

As you can guess from the specs, it is not exactly a beast, but very very basic phones. Considering the market of today’s smartphone, you can’t even call it basic.Considering its price of Rs.3310, I don’t really see any reason for anyone to actually buy it for day to day purpose. Nokia is clearly trying to tap into people’s feeling here. Nostalgic value for the old, legendary Nokia 3310 is too damn high and Nokia kn0ws it very well.

The old Nokia 3310 was a premium in all ways. When it was released in the year 2000,  it was way ahead of its competitors. Being strong and durable was not a feature but necessity. It was everything the consumer at that time wanted, the new Nokia 3310 is sadly, nothing like that.It’s just a copy of its predecessor with minor updates necessary today, but those features won’t help you much if you’re addicted to your apps already. 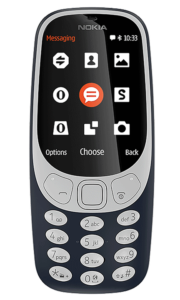 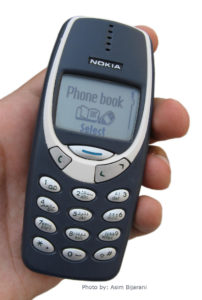 For me, a better tribute to the aged giant, the Nokia 3310 would’ve been updating it to today’s standards. Unfortunately, what we got is a lame attempt at nostalgia.So if you’re a big Nokia fan and don’t want to miss out on the legacy, then you should definitely get it, it will surely take you a decade back, full marks for that. But if you plan to use your phone for anything except calling only, that’s too no 4G calls, then don’t even think about buying it.

What do you guys think about the new Nokia 3310? Do tell us in the comment box below.