Famous hardware reporter UM_APISAK has released the specifications of AMD’s upcoming Ryzen 3000 series 16-core processor based on Zen 2 architecture and 7nm process. It comes with a 3.3 GHz base frequency and 4.2 GHz boost frequency. This AMD 16 core Zen 2 processor that has leaked might come at a great price point!

Not a long time ago, two foreign e-commerce companies released some information about the AMD Zen2 processor. The page information showed that AMD’s upcoming Zen 2 processor Ryzen 3000 series is just like the initial report, Ryzen 9 will come with 16 core 32 threads. Ryzen 7 with 12 core, 24 Threads. Ryzen 5 with 8 core and 16 threads. Now, UM_APISAK has leaked new details to some extent. 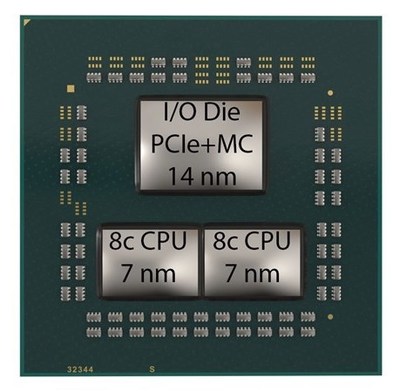 TUM_APISAK has been providing reliable information all the time, but he can’t disclose the processor’s code right now. But confirmed that the new processor will not conform to the existing nomenclature.

According to TUM_APISAK, the processor has 16 cores, 32 threads, and has a 3.3 GHz base frequency and a 4.2 GHz Boost frequency. TUM_APISAK left an endnote, saying that he will soon share a screenshot of the processor.

So let’s just wait and watch for the final leaks and pricing for the said processor! What do you think? Would the upcoming lineup by AMD in the Ryzen 3000 series be really great? Or would Intel come up with timely processor updates at lucrative price points to beat the Team Red? Do let us know in the comments section below!