The Apple Airpods 2 recently went on sale. They are a great successor to an already good product. But one thing that almost everyone complains about one the AirPods is the lack of noise cancellation. With Apple’s purchase of Beats Audio in the past we expected a lot of products from them in the audio segment. But launches have been few and far in between. With the Apple Beats Powerbeats Pro wireless headset, they aim to change some of that. On April 4th, Apple officially announced its Beats Powerbeats Pro real wireless headset. Apple’s US and Canadian stores have now opened pre-sales of Beats Powerbeats Pro headsets, and there is no news on other markets as of yet. 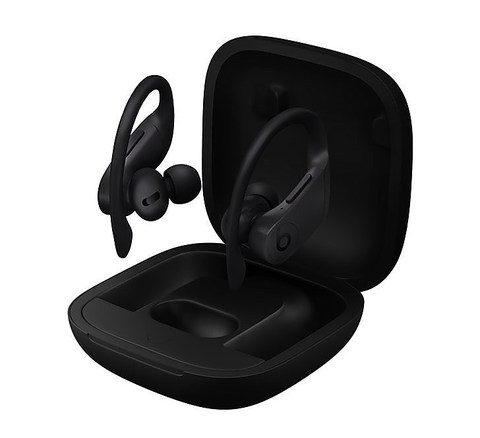 Apple Beats Powerbeats Pro is the wireless avatar of the early Powerbeats 3 headsets. Unlike the Apple AirPods, they don’t actually fall from your ears when you’re exercising and they have anti-sweat and waterproof features that make it right for fitness enthusiasts.

The earbuds on both the left and right sides are free to control the audio. The left and right earbuds are equipped with volume and track control buttons, allowing you to adjust the music without using the device. The autoplay/pause sensor detects if the earbuds are placed in the ear, so you can start exercising as soon as you are ready.

Apple PowerBeats battery and other details

The left and right earplugs can be used for up to 9 hours so that the music is always with you. When using the charging case, the total playback time is longer than 24 hours. To further save power, the auto on/off sensor detects when the headset is idle and then automatically enters sleep mode. When you are ready to re-use the headphones, simply wear them into your ear and continue exercising. Now, the headset is charged for a shorter time and takes longer to use.

With Bluetooth 5.0 technology, this wireless headset has a wider coverage, less signal loss, and no disconnection during exercise. The left and right earbuds can be connected to the device independently. And the connection performance is even better. This allows you to switch music and calls freely. The voice acceleration sensor and multiple microphones lock your voice and filter out external noise. Just open the charging case and get close to your iPhone, and you’re ready to go. They will automatically connect to your Apple Watch, iPad or Mac.

So guys what do you think? Are you waiting for the next generation Airpods? Or do the PowerBeats wireless satisfy your need for better in-ear audio? Do let us know in the comments section below!

I love to write tech, create content and also a guy who enjoys different aspects of life such as playing football and also when I'm not admiring tech you'll find me binge-watching TV shows and probably listening to music.