After the launch of their P30 series, Huawei’s full focus would be on their next generation flagship model. That means the next in line would be the Mate 30 series. Although Huawei has been banned by America right now and not in a really good position. But there’s no doubt about the fact that their next generation flagship models in the Mate 30 series would definitely launch this year! Like always they would be launched around the fall time and the devices are expected to come with Huawei’s next generation Kirin chipsets. So the Huawei Mate 30 Pro might just be around the corner!

Some reputed tech publications have leaked a set of new Huawei Mate 30 Pro renders as well as specifications. The design as seen in these renders is really different and unique but doesn’t explicitly have the device name on it.

According to this set of renders, Mate 30 Pro continues to adopt a four side curved body design. On the front, it has a double-curved screen and the left and right borders are almost zero. The forehead and chin are also very narrow. It does not adopt any other notch style design like water-drop etc. But in the upper left corner, there are two front cameras just like the Samsung Galaxy S10 plus.

The back still has a quad camera setup. But the layout has changed greatly, and the whole module is now centrally aligned. There are three cameras and the flash which form a square. One camera sensor is present at the bottom alone.

The Leica logo is still there, and it is clear that the two sides would still continue their cooperation. 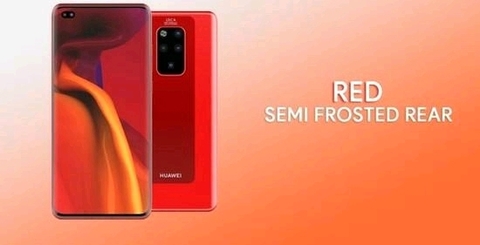 There are different styles of blue, red and black in terms of the coloured variants. The red coloured model would come with a matte style design.

Specifications wise, it has an AMOLED screen with a refresh rate of 60Hz. But the size is unknown at this point in time.

On the inside, the Huawei Mate 30 Pro, would rock a Kirin 985 processor with an additional Balong 5000 5G baseband for 5G connectivity.

The quad camera set up at the back would support 5x optical zoom. There would be support for up to 50x digital zoom.

The Mate 30 Pro is expected to come with a battery capacity of 4200 mAh. It’s also expected to support 55 W super fast charging.

So, guys, this was all that we know till now about the Huawei Mate 30 Pro. We will keep you updated with more details and juicy information as and when we get our hands across it.

Do let us know what you think about this upcoming smartphone in the comments section below! Don’t forget to subscribe to Inspire2Rise for more amazing tech content like this!