Free Fire’s Project Cobra is underway. Since the start of February, Survivors have been invited to unleash their inner beast with Free Fire’s latest event. Project Cobra has taken over Free Fire with a host of updates that will reward Survivors with exclusive Project Cobra content, including a full in-game reskin, the introduction of Shirou, and a special interface. Plenty of exciting activities and rewards also await Survivors in BOOYAH!, which will feature many of Free Fire community’s favourite personalities.

Redeem Shirou when you log in this weekend on 27 February


There is good news for all Survivors: Shirou will be given to all players for free on February 27. All Survivors need to do is to log in to redeem their very own Shirou. 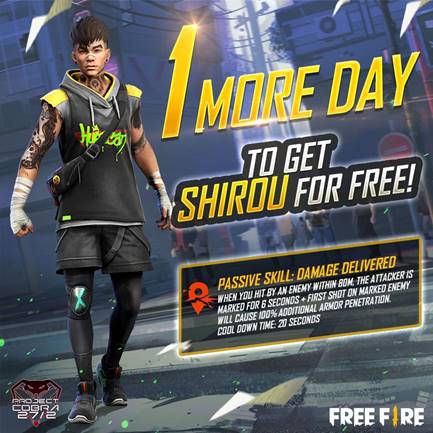 Shirou’s passive skill “Damage Delivered” sees his attacker being marked for 6 seconds (only visible to Shirou) if he is hit within 80m. Additionally, the first shot on the marked attacker will have between 50% – 67% additional armour penetration. Cooldown for the skill is between 32 sec – 35 sec.

Survivors will also be rewarded with a Cobra backpack as long as they log in to Free Fire for seven days between February 21 to March 5! 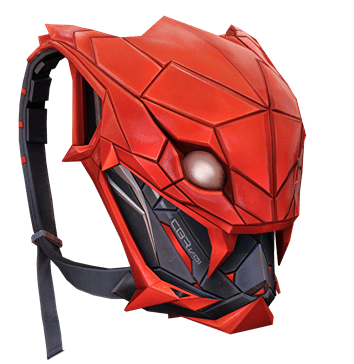 Battle in style with the exclusive Project Cobra collection

Survivors will have the chance to deck their characters out with the very latest from the Project Cobra collection.

And that’s not all – Survivors can also get their hands on the Cobra motorcycle! 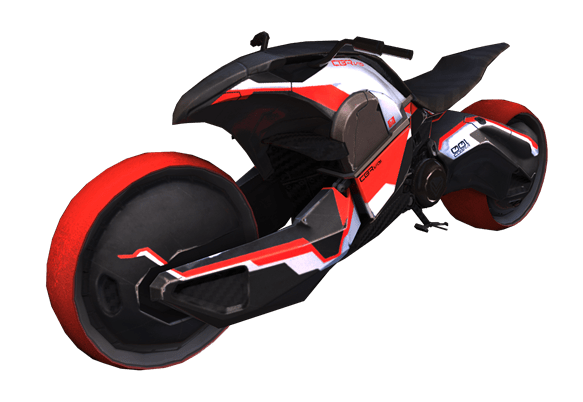 Survivors can win brand new OnePlus 8T phones, official BOOYAH! backpacks, and item drops worth 3.5 million Diamonds just by tuning in to the Project Cobra-themed event on BOOYAH!. From February 24 to March 4, BOOYAH! will be hosting activities such as the Cobra Dancing Challenge and live streams with special guests such as Tanmay Bhatt (2.76 million subscribers),  Lokesh Gamer (3.3 million followers), Sooneeta (3.3 million followers), Gaming Subrata (2.7million followers), to name a few. Survivors can also tune in to the BOOYAH! India Official Channel to participate in a variety of fun custom games with streamers and Rush Hour games! 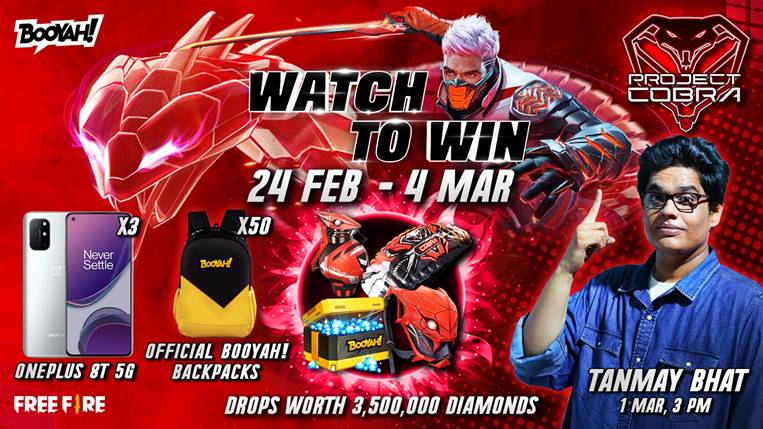 Project Cobra has all these, and more, installed for players all around the world. Stay tuned to Free Fire’s social media pages for all the latest updates!

Free Fire can be downloaded on both the Apple iOS App and Google Play store.