MediaTek recently did the launch of the MediaTek Helio P70 system-on-chip (SoC), with a better AI engine combined with the central processing unit and GPU upgrades for additional powerful AI processing. Helio P70 additionally comes with upgraded imaging and camera support, a gameplay performance boost and advanced proprietary options. The Helio P70 packs of these upgrades into a really power-efficient chipset to fulfil the performance needs of even the craziest users. 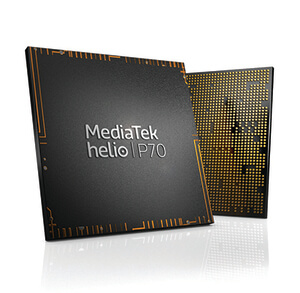 The introduction of the MediaTek Helio P70 follows the worldwide launch of the Helio P60 earlier this year and builds on its hallmark capabilities to power the “New Premium” market of full-featured smartphones at cost effective prices.

Built with TSMC’s 12nm FinFET technology, the MediaTek Helio P70 has a multi-core APU operative at up to 525 MHz for quick and economical edge-AI process. to maximise the performance of different AI applications, the chipset packs four Arm Cortex-A73 2.1 GHz processors and 4 Arm Cortex-A53 processors in an octa-core BIG.LITTLE configuration. For a further power boost, the chipset has an improved Arm Mali-G72 MP3 GPU operational at up to 900 MHz, that provides a thirteen per cent performance improvement compared to the Helio P60.

“With an enhanced AI engine that works seamlessly across the CPU and GPU, MediaTek Helio P70 delivers much faster performance for AI applications and is still highly power efficient,”

“The introduction of Helio P70 continues MediaTek’s commitment to deliver high-end smartphone features and advanced technology for the mass market.

The MediaTek Helio P70 is in volume production currently and is anticipated to be out there in most users devices by November of this year.

Do let us know in the comments section below.