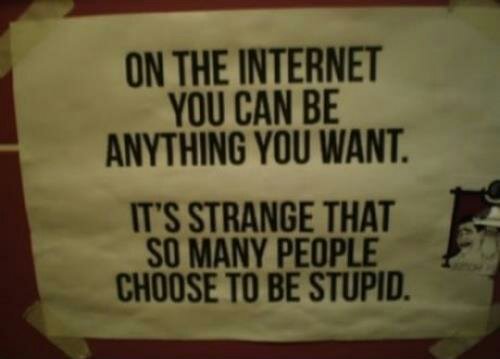 Trolls on the internet : So what are you waiting for, Christmas ? xD

Many trolls on the internet are too widespread. Comment forms, chat forums no places are left untouched by these trolls they can do anything anytime!
By definition a troll is an internet slang used to refer to a person who posts inflammatory, extraneous or extremely off topic things on an online forum, blog, or community.While the word troll and its associated verb trolling are associated with Internet discourse, media attention in recent years has made such labels subjective, with trolling describing intentionally provocative actions and harassment outside of an online context.

The Internet dictionary NetLingo suggests there are four grades of trolling: playtime trolling, tactical trolling, strategic trolling, and domination trolling! Seriously when did trolling start to have types. The last time I trolled someone, I didn’t follow any fixed pattern. Darn these researchers and psychologists, they are just too much! Trolls on the internet can be loosely organised or form large groups as seen on Tumblr and 9gag.com. Nowadays trolls have become a rage on Facebook too.  The word Troll has many meaning in many different contexts.

For example, mass media has used troll to describe “a person who defaces Internet tribute sites with the aim of causing grief to families”, so trolls on the internet are a mis-categorized lot!

Speaking of such traits, I am reminded of a particular troll guy who was on my facebook friend list. Always acting smart throwing his head in places uninvited, commenting on posts where even his presence wasn’t needed. But in the end FaceBook got the better of him, simultaneously 50+ people reported his account and it was closed 😛
CHEERS TO DEMOCRACY !
Long live socialism 😛
But seriously it’s your online world and your choices. Go but choose carefully!