The Mi Band 4 has been launched in China today. The Mi band 3 was one of the most loved fitness trackers of the previous year as it combined a lot of fitness tracking functions along with an affordable price tag. The Mi Band 4 adds on the legacy of what Xiaomi built. It comes in two different versions now. One is the NFC version and the other version is without the NFC feature. The Non-NFC Xiaomi Mi band 4 starts at a price of 149 yuan in China. This will be roughly around 1500 INR in India.

Judging by Xiaomi’s previous pricing history they will price it slightly higher in India. So Indian pricing might be around 1500-1700 INR. But even with a slightly inflated price tag the Mi Band 4 might become the best fitness tracker out there. The Mi Band 4 also improves upon its predecessor by adding a colour screen. An easy to charge mechanism and a slightly larger battery.

There’s also a special Xiaomi Mi Band 4 Avengers edition launched in China, which sports a custom design and may not be available in other markets in the future!

It comes with Bluetooth 5.0 Low energy support. The band works with both iOS and Android-based devices. Another major change this time is that you don’t have to remove the band from its case in order to charge it.

It has an AMOLED display and the Mi Band 4 comes with 77 pre-loaded watch faces. There will be more added later on via OTA updates.

On first glance, the user is greeted by a colour screen. This is the first time that Xiaomi has used a colour screen on their fitness band. The screen area has also increased again. It has increased from 0.78 inches to 0.95 inches. It is equipped with a 0.95-inch AMOLED display and the screen resolution has doubled to 120 x 240 pixels.

The display cover of Xiaomi Bracelet 4 has also been upgraded. Now it uses a harder and scratch-resistant 2.5D tempered glass and supports capacitive touch. The lower part of the screen has a non-pressable button that can be used with touch. The shape is the same as that of the Xiaomi Mi Band 3, but there is no circular outline this time around! 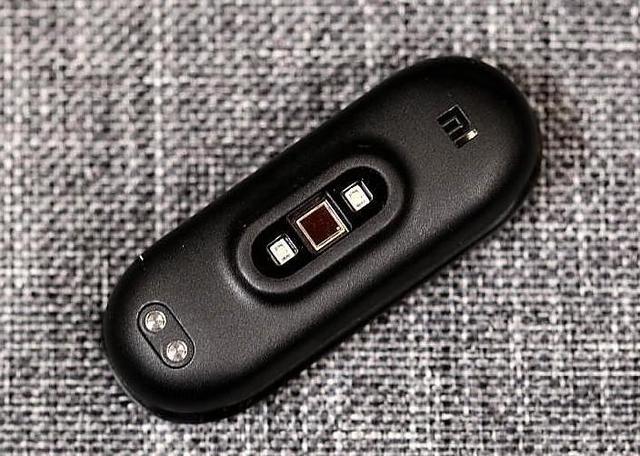 Mi Band 4: What has changed?

In addition, Xiaomi Mi Band 4 NFC version can also be connected with Mijia table lamp, Mijia air conditioner, sweeping robot, rice cooker, Mijia smart door lock and other electrical appliances. From then on, you can not take out the mobile phone, using just voice commands you can control the smart devices in your home.

The TPU material used for the band part for this wearable has passed ISO-10993-5/10 biocompatibility certification and European RoHS environmental protection certification. This means that it generally does not cause skin allergies and is safe for the majority of wearers.

Mi Band 4 price and other details

The Mi Band 4 also has the functions of its predecessors. It can provide info on heart rate, the number of steps taken in a day and it can also monitor sleep. The wearable also has an option to track the number of stairs climbed in a day.

The Xiaomi Band 4 also has 5 ATM level waterproof. It can be worn while in the shower, swimming in the pool and other minor activities. But it’s not meant for sauna and diving. It supports swimming, outdoor running, indoor running, walking, exercising, riding as its six major sports modes.

The Mi Band 4 NFC version would come for 229 Yuan in China. This means that the pricing would be around 2300 INR in India. Even at such a price this would a really compelling product for fitness enthusiasts.

We will test the Mi Band 4 soon and come up with an unboxing and review video soon! Do subscribe to Inspire2rise for more awesome tech updates like this one!