Among the three graphics cards, the Radeon RX 5700 XT 50th Anniversary Edition, RX 5700 XT is the core model. But also from a design perspective, the release version of the graphics card design is very different and has a single fan cooling mechanism.

For them cooling the middle of the card was a bit difficult process. Hence they resorted to a very strange design. The design is quite impressive. But it’s easy to feel that the card got broken during the transportation process. 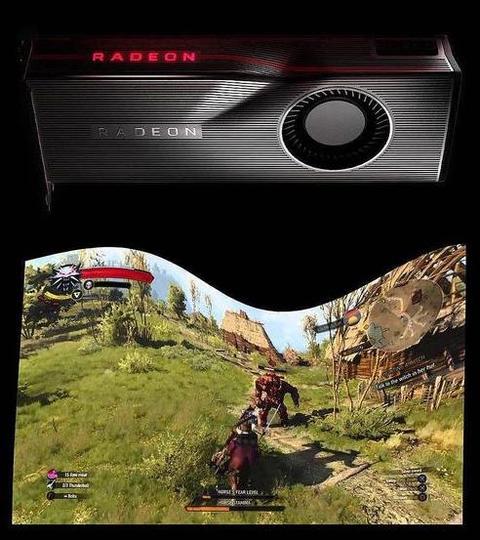 For this wonderful design, many players on Twitter also ridiculed the appearance of this depression on the card. This PS map sent by hwbox.gr made a lot of people laugh at the launch event.

Anyway, for this eye-catching design, AMD did not seem to explain the profound meaning of this design. We can only say that this is a unique design. And if the performance is really great then there’s no reason for users to complain about AMD’s unique design choices!

So guys what do you think about AMD’s unique design choices? Do you think that for a starting price of $379 the RX 5700 GPU is a great option? Our build videos and more detailed reviews revolving around these GPUs will come soon! Don’t forget to subscribe to Inspire2Rise for more amazing tech updates like this one!