“The X570 motherboard will no longer be cheaper!”

This simply means that the Indian pricing for the high-end X570 motherboards would be around 30-35K INR. This is definitely costly for a lot of buyers but gamers and performance enthusiasts looking to buy the latest and greatest would definitely buy this! 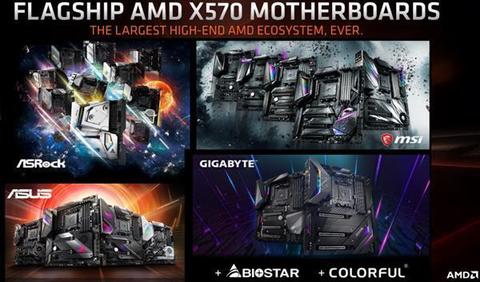 The reason why the X570 motherboard can be sold at a high price is because of the advanced technical specifications. In particular, PCIe 4.0 is amongst the primary reasons. AMD is very focused on the Ryzen 3000 and X570 platforms. They have provided a total of 44 PCIe 4.0 channels, the total availability would, of course, vary from model to model and OEM to OEM.

The X570 motherboard is going to be expensive, and many buyers will inevitably expect more mainstream 500 series chipsets – B550 and A520 can also support PCIe 4.0, but unfortunately, these two chipsets may not get that capability. These two chipsets will only be on PCIe 3.0, cutting off PCIe 4.0 support.

In other words, as long as there’s a Ryzen 3000 processor, there are theoretically 24 PCIe 4.0 channels, 16 are allocated and another 8 are flexibly assigned. If the motherboard manufacturers are willing to do so, the B550 /A520 motherboards can also be on PCIe 4.0.

So guys here’s our video link for the AORUS X570 Master motherboard’s unboxing and overview:

Do let us know what you think about the X570 platform pricing in India in the comments section below and do subscribe to Inspire2Rise newsletter for more amazing tech content like this delivered to you on a timely basis!