According to VentureBeat, developing cellular modems is not easy at all. At a time when the 5G era is coming, only a few companies have the ability to design 5G modems. Even large companies like Intel have encountered engineering and financial difficulties in the process. The layering of patent innovations, combined with conceptual and physical development barriers, makes the use of parts developed and manufactured by others far more cost-effective than independent research and development. In light of this, Apple finally decided to tie out a two-year global lawsuit against 5G chipmaker Qualcomm, and almost all other 5G device manufacturers are using Qualcomm components. However, although Apple will use Qualcomm’s chips for the foreseeable future, it is also developing its own Apple 5G modem. The earliest release date may not be until 2025.

It’s good to develop 5G modems yourself, but it’s not cheap!

The reason for Apple 5G modems is not as simple as it seems. Admittedly, Apple is not willing to buy chips from Qualcomm. But it will not save too much money if it stays adamant on its own 5G modem. The development and deployment of modems will cost Apple a lot of money. And it will continue to pay patent money to Qualcomm, Nokia and all other companies that contribute to mobile technology. In other words, the price of the iPhone in 2025 will not suddenly drop because of the introduction of the Apple 5G modem.

To a certain extent, this can be explained by Apple’s history of controlling the key elements of its products. The company has developed the materials used in its equipment, processors, and even the fonts used on the screens of the development equipment. But in many cases, Apple can exert this control by working with existing companies, such as asking them to develop the glass or screen technology that Apple needs, rather than taking on all of its design or manufacturing responsibilities.

Even for the world’s best chip makers, it’s not easy to integrate 5G modems directly into the CPU/GPU system on the chip. As was seen with the Snapdragon 855 which needs an external X50 modem for 5G integration.

The difference from the screen is that, under ideal conditions, the modem can be combined with other components inside the device to achieve the goal of reducing size and power consumption. Apple’s A-series processors can hold CPUs, GPUs, and modems without the need for two or three chips, which means it can free up more space for batteries, cameras, hinges, or other components. In addition, companies like Apple that are obsessed with energy efficiency can use the CPU’s tail to optimize every detail of the modem, eliminating the need to design modem from scratch to include custom features and omit unnecessary functionality.

However, achieving these goals can be very difficult, especially when adding 5G and cutting-edge chip manufacturing. In addition to the challenge of actually building a good 5G modem, Apple needs to keep it close to the CPU and GPU core, free of signal interference. The company also hopes that by 2025, regardless of the chip manufacturing process (perhaps 2.5 nanometers) used in the CPU and GPU cores, modems can be built. At this level of miniaturization, the size and power consumption of Apple’s first-generation 5G chips may be only 25% of similar chips released next year.

The challenges and future!

The Apple chip manufacturing team is extremely impressive. The A12X biochips on the tablet released last year show that Apple is ready to challenge Intel and Qualcomm chips in terms of raw CPU and GPU performance. In addition, it took 10 years to build an iPhone, enabling Apple to compress its own processor into a new product like the Apple Watch while leaving room for other companies’ modems. But by 2025, Apple’s 5G modem will not only support thinner iPhones or Apple Watches. Chip space reduction and integration technology improvements will also allow the combined processor to be loaded into AR glasses and other devices without a significant increase in their weight or size.

This is Apple’s ultimate goal in modem engineering, which is to produce smaller, lighter mobile devices that allow people to carry or wear them more comfortably anywhere. Ideally, Apple wants to be able to achieve this goal on its own, but it won’t try it on its own. Qualcomm has built 4G modems directly in its latest Opteron chips, and all key chip vendors (including competitors such as Samsung and Huawei) are working on fully integrated 5G SoC solutions. Based on the available information, all of these companies are likely to succeed before Apple releases the first 5G modem in any form.

In order to launch a self-developed modem in 2025, Apple seems to have a long way to go. But there is a reason to believe that the company will need years of development time to catch up with current supplier manufacturing levels, not to mention replacing these suppliers. By 2025, Qualcomm and other companies will be in the early stages of 6G technology prototyping! But Apple’s investment in 5G is expected to make it an inventor and developer, not just a customer.

Apple and Intel love the enemy!

Previously, Silicon Valley’s well-known technology publication, The Information, published an in-depth report detailing the grievances of Apple and chip maker Intel over the past few years. These disputes prompted Apple to finally reach a settlement with Qualcomm.

The report pointed out that the 5G modem dispute between Apple and Intel can be traced back two years ago. According to anonymous sources, Johnny Srouji, Apple’s vice president of hardware, was very disappointed with Intel’s research and development progress, as the latter began developing modems for Apple in 2017. At the beginning of 2017, Apple was preparing for the new iPhone to be launched in 2018, but the modem developed by Intel for these devices (code 7560) was not working properly.

These new phones will mark Apple’s first complete reliance on Intel’s modems, rather than its long-term supplier Qualcomm’s similar products. Intel has made four major improvements to the modem to the level of the latest Qualcomm modem. But people familiar with the matter said that Intel’s missed deadlines and frequent chip technology issues made Apple executives feel very anxious.

People familiar with the matter said that Johnny had yelled at Intel’s meeting at the Apple conference.

These new details show that the tension between Apple and Intel has been brewing for a long time. Jim McGregor, the principal analyst and partner of market research firm Tirias Research, spoke of Intel and Apple’s modem dispute: “It’s like a long and painful breakup.”

Apple, Intel and Qualcomm: The love triangle that went wrong!

Shortly after Apple announced a settlement with Qualcomm and allowed Qualcomm to provide a 5G modem for its future iPhone, Intel announced that it would withdraw from the business, at least not to develop the 5G modem used in smartphones. The Wall Street Journal reported last month that Apple had considered acquiring Intel’s 5G modem business, but ultimately failed to do so because Apple and Qualcomm reached a settlement. Although Intel did not specifically comment on Apple’s intentions, it said that many companies are interested in their business. 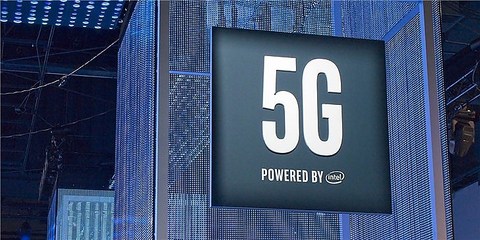 An Intel spokesperson declined to comment on Intel’s relationship with Apple but confirmed that other companies have approached the acquisition of the Intel modem business. The spokesperson said in a statement:

“We have world-class 5G modem technology, and few companies have the relevant intellectual property and expertise to provide such technology. Since then, we have recently announced that we are evaluating our options. Since because of the value we created, many companies have expressed interest in acquiring our mobile modem assets.”

Why does Apple need its own 5G modem?

For Apple, Intel’s troubles remind people of why it has long sought to reduce its reliance on external companies to get key components within its equipment. In fact, Apple’s multi-year modem agreement with Qualcomm may be only temporary. This is because Apple’s huge internal team is developing its own modem. But Apple’s internal efforts seem to be far from the results predicted by some chip experts. Informed sources said that during the recruitment process, Apple told the engineers who applied that they hope to have their own modem by 2025.

The problem between Apple and Intel is not limited to modems. The Information report also pointed out that Apple CEO Tim Cook stressed in the company’s recent earnings conference call that the limitations of Intel chips hindered the sale of Mac computers.

“The relationship between Apple and Intel seems to be in other tensions as well. In Apple’s second-quarter earnings report released last month, Cook blamed the weak sales of Mac on the limited supply of processing chips. Intel is the only supplier of major processing chips for Mac computers. Apple’s former CEO Steve Jobs announced in 2005 that due to disappointing performance of PowerPC chips developed by Motorola and IBM, Apple will now use Intel’s chips.”

Apple is expected to change its Mac processor to AMD in a relatively short period of time. Well-known Apple analyst Ming-Chi Kuo predicts that Apple will take this action between 2020 and 2021. Bloomberg also believes that this change in Apple will begin next year. So maybe Ryzen based Macbooks aren’t a far fetched possibility!

So guys what do you think the future holds for Apple? Will Apple 5G modems make the next-gen iPhones really thinner and power efficient? Or will Apple burn out its resources before achieving any major breakthrough? Do let us know in the comments section below!