Yesterday Google announced a noticeable number of products at its September Event of 2015. Among the noticeable launches were the new entries in the Nexus range i.e. the Nexus 5x and Nexus 6p. This recent Google event at San Francisco was a mix of surprises and few things that we already knew beforehand. Here’s quick sneak peek into what was launched at the event-

A 5.7 inch AMOLED display with QHD, the fingerprint sensor on the back and Android 6.0 (Marshmellow) have come together to create one beautiful device that is Nexus 6P.

This Phablet comes power packed with Snapdragon 810 processor with 3GB RAM and is available in 32GB, 64GB, and 128GB.

A 12.3MP camera with dual LED flash and a front 8MP camera will satisfy your urge to click the best moments. The device is sleek, all-metal with aluminum finishes. And the cherry on the top is front facing impressive stereo speakers!

The second smartphone launched at the event was Nexus 5X which is  little less bulky as compared to Nexus 6P. Nexus 5X comes with a 5.2-inch screen and works on Snapdragon 808 processor with 2GB RAM. Android 6.0 is also in this device which is delightful!

Here are the few changes brought about by Android Marshmallow. 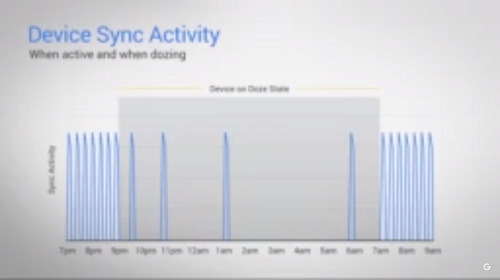 The noticeable difference from Nexus 6P is the front camera which is 5 MP.The fingerprint sensor is also added on this device.

Android Sensor Hub was one of the noticeable announcements it’s a small processing unit which helps in managing GPS, activity data and almost all sensor data and process it at a single place thereby freeing the processor from doing these tasks!

In Its updated new version, Chromecast has shed its old USB look and has now transformed into the sporty circular body with multiple colors. Not just the design, 2nd generation chromecast is now faster and videos will cast in 1080p resolution if available by default.

The content has been improved and wi-fi connectivity has also improved significantly. It’s much easier too to connect the new Chromecast to your television now as is evident from the below picture.

The second surprise of the evening was Chromecast Audio which helps users stream audio on existing speakers using wi-fi. Chromecast audio will recognize devices on the same WiFi network and stream/cast audios to the speakers. It can be synchronized with apps like Spotify and Google Play Music (obviously!).

A lot of other things and small announcements were made at the Google September Event 2015, we will bring to you the review of almost all of these devices as soon as we get our hands on them.
Till then stay Inspired to rise folks, and don’t forget to subscribe to our website for more awesome updates!

Keep visiting for more such awesome coverage, gadget reviews, internet news, lifestyle tips, and remember we cover,
“Everything under the Sun!”

Aditya Nath Jha is an Engineer from New Delhi, India. His areas of interest include Gadgets, WordPress, speed optimization & latest technology. When he is not busy blogging he loves to write poetry, compose his own songs and has a taste for music! Find him on Facebook, Twitter, Linked in, Instagram. And watch his videos on YouTube.