Counter Strike is one of the popular FPS games, I play it occasionally. I play it when I can’t find anything else to do, or when my mind is not working fine and I am just too confused! So, it’s every five days or so that I play this game. I would like to admit that I am not very good at this game, most of the time I kill an enemy or two and then die from a head shot. Yeah, they consider me one of the greatest noobs who played CS 1.6! But that’s not the point, every minute spent playing this game is a lesson in itself. I learnt some really good things while trying to get out of mental apathy over this weekend. So today I will share with you some of the important Counter Strike lessons for life.

Though the list can be made endless because the game will always have new real time players, so essentially there is too much to learn from everyone. Here are the major tips I learnt from this game. 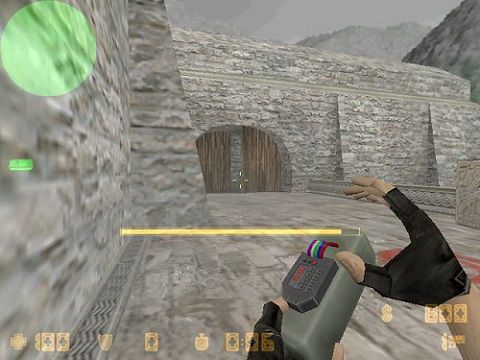 1.) Always have the right weapon.

Having the right weapon, the right knowledge and the ability to execute with it counts and it is indeed crucial. When enemy was in a tight situation at close range then nothing worked better than a knife, and when enemy was far off then a Sniper rifle was magic. Learning which tools would be handy at which time is the essence of being happy, because happiness arises from small things like making the right decisions. Always choose your skill/weapon carefully before facing this war of life. Going into an examination hall with a sword is as pointless as fighting a war with a pen.

Learn more about  Do we actually need to know What is Trending?

For a person who doesn’t even last more than 3-4 minutes in any round of Counter Strike this statement is golden. Timing is essential for victory, and for everything else. Being at the right place, and at the right time does more than half the job easily. You can have all the talent in the world, but if you don’t strike the iron when it’s hot then any opportunity that you might have will be lost.

For two days at a stretch I used to play and whenever my team ( mostly counter terrorists ) won I would press “K” and simultaneously broadcast some heavy metal song that I have been listening to, to all the players. For this very thing I was banned from that server after being kicked out many times! 😛
So, never be a jerk.

Don’t have fun at the cost of other’s comfort.

4.) Be discreet when required.

Sometimes, you just have to sneak slowly across the corner because any other way would draw too much attention and would lead to failure. Similarly in life too sometimes, just staying quiet works the best. There are times when we find ourselves surrounded by naysayers and demotivators from all the sides, such times require us to be resilient and give us our best without showing how hard we are on to build the thing which will shut off the detractors for good. 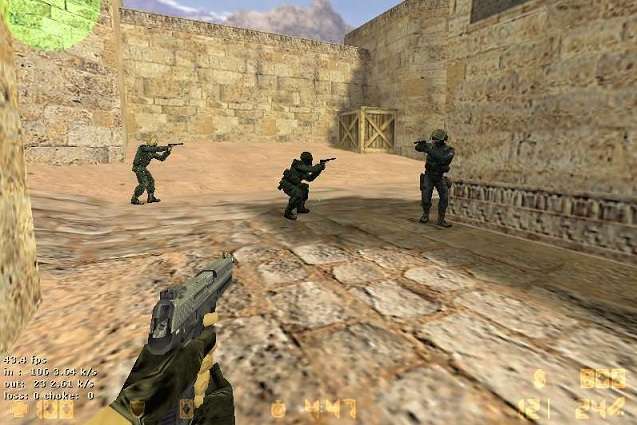 Learn more about  Training is nothing, Will is everything

You can’t always be offensive, similarly in life you can’t always run away from things. Some things you have to face upfront without the slightest hint of hesitation or fear, for example your mid term papers or that project submission. You can’t just make excuses and run away from things all the time, some times you have to stand straight and fight back. But not all the times.
Some problems require you to immediately move away from them, focus on alternative approaches to tackle that problem and then return to them to solve them. Many a times such situations would look like within your grasp but it would be better to detach from that present moment and think long term to get the best possible solution.

6.) Sometimes it’s necessary to go all out, breaking the norms.

Yeah, this one. This one line is too good.
I remember two days back while playing Counter Strike, my team  ( Counter Terrorists ) were loosing back to back. I thought we had to win someway. But I died after just 1 or 2 kills every time. I realized I was not good at shooting. So, in the immediate next match I bought only flash bangs and grenades. I straight away ran to the place where enemies were, I kept throwing flash bangs all the while and grenades too. As soon as the effect of last flash bang was over I found that I was behind boxes and 4-5 enemies were in near vicinity. If I lost my cover then I would be shot and if I did not kill them then they would have found me in five seconds and would have killed me. So I just threw a grenade in front of me, within an instant 6 people died. Me and the five enemies. So that’s what I learnt, that sometimes for the greater purposes you have to suffer minor losses. Some times it’s necessary to break all norms and rules for the end result.

Trust me it’s worth it. We were just 5 counter terrorists and 9 terrorists were there, as the result of that one victory our whole morale was boosted after having lost back to back matches. Then we won 3-4 matches in quick succession. So, if you ever feel the need to conform to the exiting status quo or rules then just think that would it be worth just trying not to look like a jerk. Or would it be better to look like a jerk for some time and then remembered as unique as time passes by.

The choice is always ours my friends.

Do you feel you have something to share, add your own views on this piece. Just a simple comment would suffice!